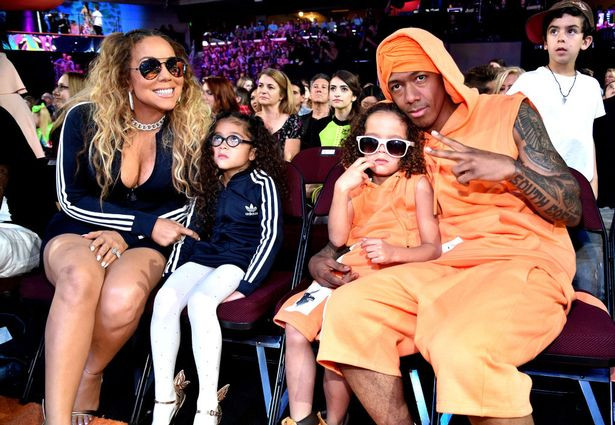 Actor and show host, Nick Cannon has admitted that his ex-wife Mariah Carey is still mad at him for ‘breaking her rules’.

The duo were married between 2008-2016 and share 10-year-old twins Moroccan and Monroe.

In the next episode of his talk show which airs on October 11, Nick explained that he and his former wife had previously agreed that the youngsters would be old enough to have their own mobile phones when they turned 10. However when the time came, Carey reportedly had doubts.

The former Wild ‘N Out host said in spite of the 52-year-old singer’s insistence on their kids not having a phone, he got it for them on their 10th birthday.

“My oldest twins Roc and Roe wanted a cell phone at 8. I was all for it but Mariah was like, ‘Uh huh…they ain’t going to be Googling us, learning about all their new brothers and sisters, no we ain’t playing’.

“I respected it at 8 but then we made a deal and said at 10 then they can have it, [but] Mariah still said no. So at 10, I snuck and I still got them the cell phones for their birthday.”

Recalling how Carey reacted when the gifts were opened, Nick said;

“We had this amazing party with jump jumps. Their friends came, it was so amazing. Then [when] it was time to open the gifts, I was like ‘I’m going to leave these right here and tell your mama I’ll be back.’ Mariah is still mad at me till this day.”

The show host said he kept apologising down the camera to his ex-wife, hoping that she’ll forgive him.

As well as the twins with Mariah Carey, the former Wild ‘N Out host has five other kids including another set of twins with Abby De La Rosa. The children, Zion Mixolydian and Zillion Heir were born on June 14.

Somizi Reveals the Real Cause Of Patrick Shai’s Death

One thought on “Nick Cannon admits his ex-wife, Mariah Carey is still mad at him for ‘breaking her rules’”

30 Photos Revealing The Unbelievable Side Of Dubai