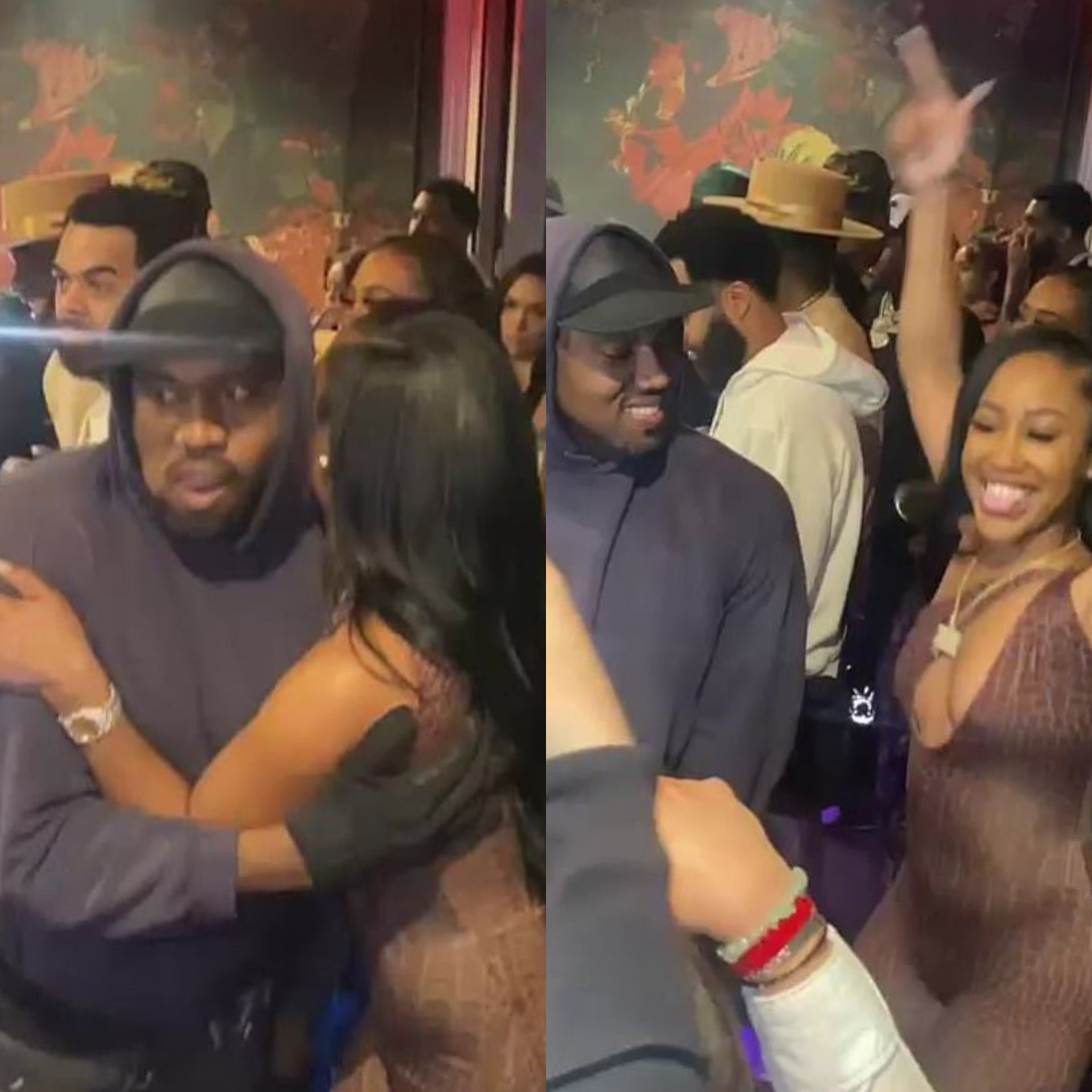 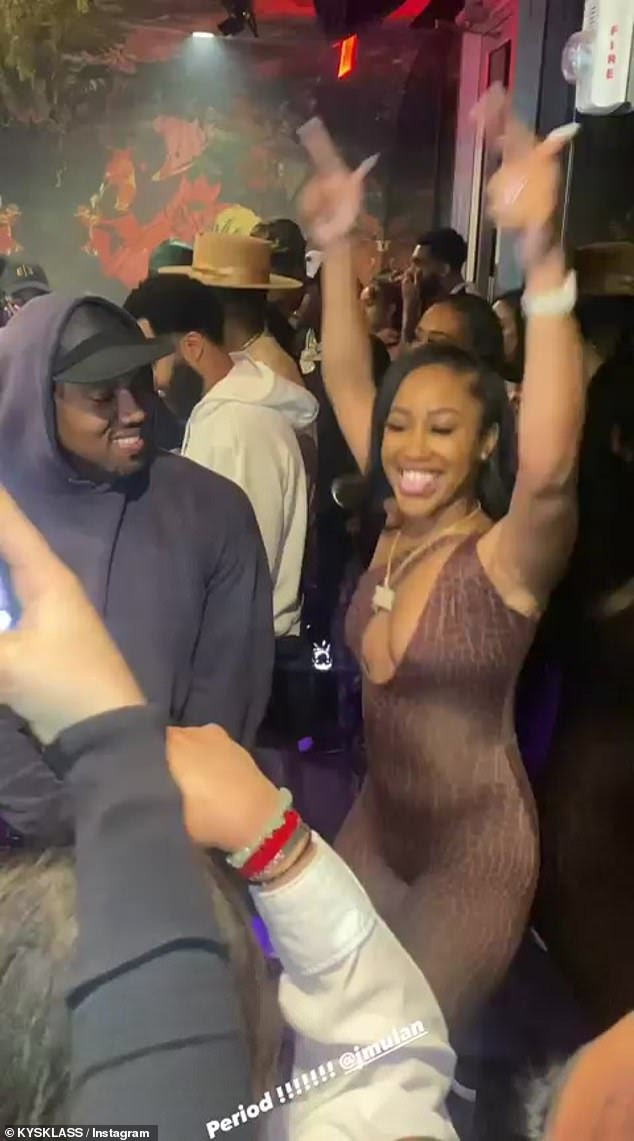 Kim, meanwhile, is reportedly ‘getting more serious’ with Pete Davidson and recently filed legal paperwork to have her marital status returned to single while her split from West works its way through the courts. 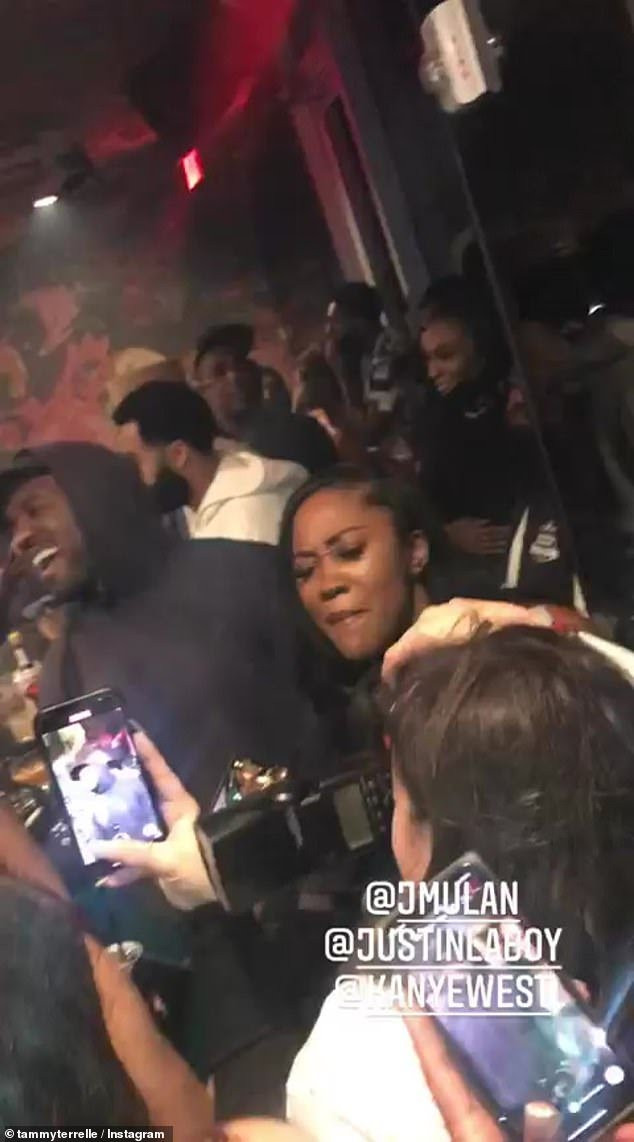 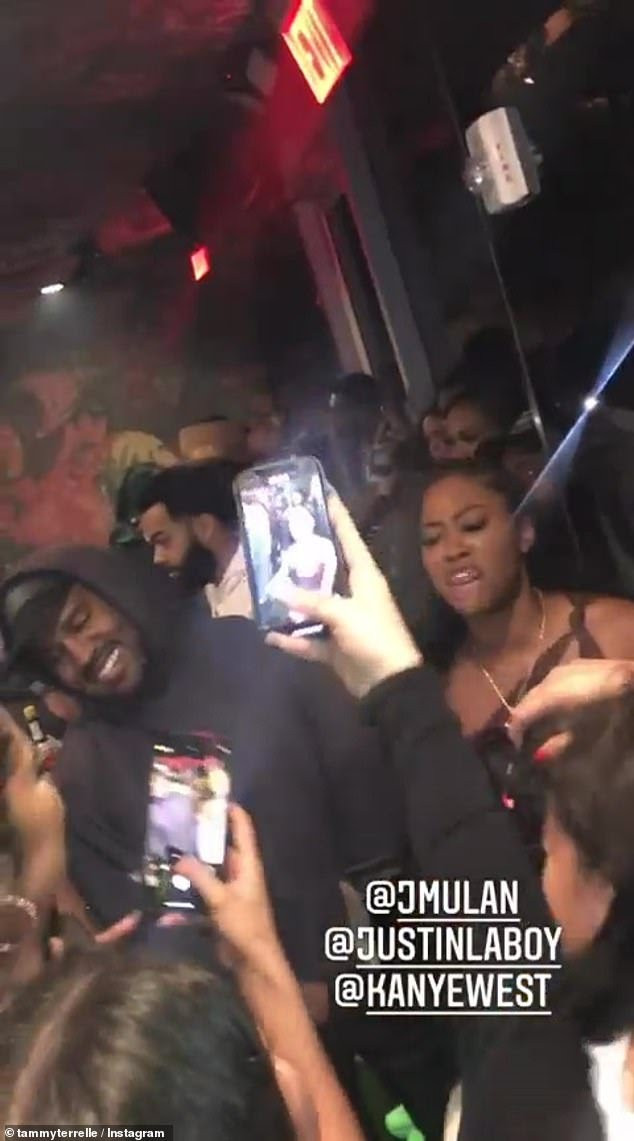 Footage shows the Billionaire rapper enjoying the party alongside near Yasmine Lopez. According to TMZ, there was nothing romantic going on between the pair at the party. 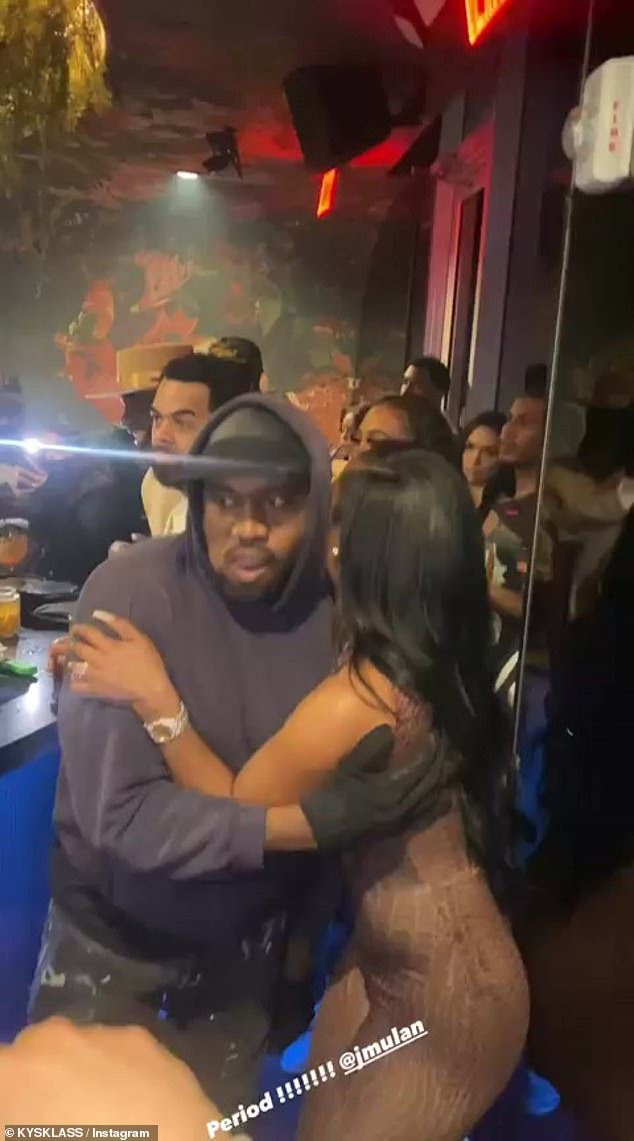 Kanye who is rarely pictured smiling – seemed to be having a blast at the party, seen on social media tossing his head back in laughter. 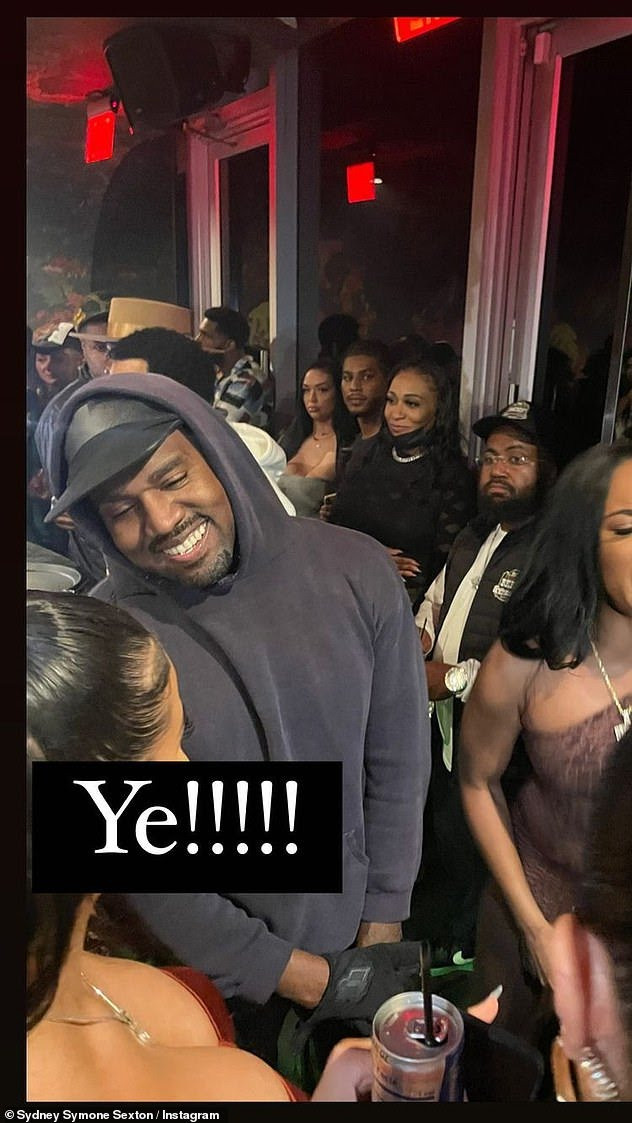 Meanwhile his estranged wife, Kim Kardashian has publicly moved on romantically with SNL star, Pete Davidson and sources say the pair are getting very close. Kim Kardashian made it clear that he has no intention of rekindling things with West when she recently filed legal paperwork to have a judge declare her single

‘Kim is so into him. [Kim and Pete] are both really cuddly and affectionate with each other,’ a source told People .

Kanye West and Julia Fox kiss after night out

Somizi and Mohale Celebrates One Year After Tying The Knot

Mampintsha may be having Another Wife besides Babes Wodumo.. Video Proof

DJ Tira leaves fans in stitches after posing with his wife, wishing her a happy birthday.